Not all laws make sense. Not to those who break them, anyway. So this article will look at a few that seem rather odd, outdated, if they even still exist, and undoubtedly difficult to enforce.

In Australia, in its second most popular state, it was illegal, under Victorian law, to change a light bulb unless you happened to be a licensed electrician. This situation can be likened in England to where a caretaker is not allowed to change a light bulb in a school and an electrician has to be called in from away at great expense to the school’s budget. This is despite it being a simple task to carry out when there is a decent step ladder to be found. Health and Safety is, of course, the culprit.

There is some good news, however, for the Victorians of Australia – the revision to the 1998 Electricity Safety Act has updated this law to still make it illegal to do your property’s electrical work but it will now allow you to change light bulbs, at least, and to remove plugs from sockets previously exempted.

Samoa has a law that it is illegal to forget a wife’s birthday. This does not seem to stretch to wedding anniversaries, however. It is not clear just how long the sentence would be for men forgetting, so it does not look like anybody has forgotten in recent times. For the sake of saving some money on a present, a lengthy sentence could result in a considerable amount of lost income.

Is Something Fishy Going On?

It is an offence in England and Wales to dispose of salmon under suspicious circumstances. Parliament’s Salmon Act of 1986 makes it illegal and defines a maximum penalty of two years imprisonment for the offence. It seems petty but, put into context, it is about the salmon having perhaps been illegally fished.

Another fishy law might have existed, or perhaps even still exists in Liverpool, although Liverpool City Council denies its existence, for obvious reasons. Research suggests that it was not illegal for a young woman to go topless in a tropical fish store in the city. Although, obviously it would be in any other retail setting, even in the swinging 60s. Perhaps I should point out, too, that the young women could not be a customer, unless she was a mermaid perhaps, but would have to be the clerk or saleswoman that was serving in the tropical fish store. So, rather restricting in that sense.

It is No Joke when you are Not Allowed to Let the Chickens Cross the Road?

If you are in Quitman, Georgia, and own chickens, it is illegal for you to let them cross the road. It reminds me of the joke: “Why did the chicken cross the road?” The answer is, of course, to get to the other side. The law is about owners having their chickens under control. So, not that ridiculous when you think about it.

In Gainesville, Georgia, you are required to eat chicken with your bare hands. It is described as a “culinary delicacy sacred to its municipality”. So, no fork required. A fork in the road would confuse the chickens, anyway.

In Scotland, you are expected to let someone enter your house to use your toilet if they request it. This surely falls short of what is sensible in terms of security. But then, parts of Scotland are quite remote if you are caught short, so to speak. Where there is a Scottish mist perhaps there is a less intrusive option available, anyway.

Another One to Smile About

In Milan, a law was never repealed that states you should smile at all times, except at funerals and inside hospitals. It was a prescribed city regulation dating back to Austro-Hungarian times. So, this might be something to remember if holidaying in Milan, just in case someone decides to enforce it. Let us hope the weather is nice so that you have something to smile about.

Where Dog Walking is a Must

Another one from Italy. It is against the law for dog owners in Turin not to walk their dogs at least three times a day. So, that should keep its residents fit. The fine is 500 euros. The thinking from the city council is that they are an animal-loving nation. They are not completely on their own with this thinking because in many cities stray cats are protected by law. It is debatable how enforceable this law is, as it would surely rely on a neighbour to be the informant.

To conclude, we cannot rule out the fact that old laws, or those that seem impractical, may still be in existence. Particularly when we are travelling to unfamiliar parts of the world. 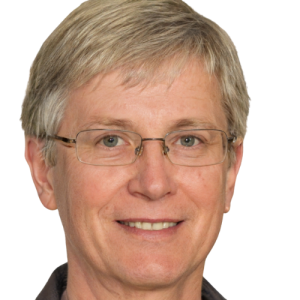